**2018 Semifinalist in the Academy Nicholl Fellowship in Screenwriting Competition**

This is a well written script with a good premise, vibrant characters, and a captivating story. The script does a really nice job of establishing the world, tone, and taking you on a journey with complex yet intriguing characters whose flaws feel relatable. The strong writing voice really brings to life the characters and gives them that extra layers which makes you genuinely care about them, even though they are damaged and have dark secrets. This is evident through Renee's suffering and complex relationship with her mother as a result of her being raped by her father as a teenager, and Terry's presumed struggle with his marriage.

The script is also effective in creating a somber mood with subtle plot points that create a sense of urgency throughout. A good example of this is through showing subtle glimpses that Terry's wife is ill, yet it keeps you guessing as to the cause and the seriousness of it. It then effectively gives you Terry's journey as he struggles to cope with it. This leads to a really effective and unexpected reveal, which you don't see coming.

The theme of personal loss through tragedy and how it affects individuals is at the core of this story, and it does a great job in shedding a light on the emotional struggles one goes through when he/she experiences it.

The script succeeds due to the effective manner in which the narrative consistently ups the emotional stakes and forces Terry into more conflicted situations in regard to his relationship with Renee. This central couple operate as excellent foils for each other, and they possess a great on-the-page chemistry that is extremely engaging. Terry's home life and relationship with Miranda is equally well-crafted, and much of the behavior that Miranda has gleaned from Hannah's manic personality is chilling when personified by such an angelic child. There is a pervasive atmosphere of anxiety and dread that holds the reader's attention well, and the script's surprise ending is both shocking and earned. Terry achieves some genuine catharsis by the script's close, and though the writer is unafraid to confront their audience with some harrowing material, this ultimate change in Terry's character makes for an emotionally satisfying conclusion.

A MAN WALKS INTO A HARDWARE STORE 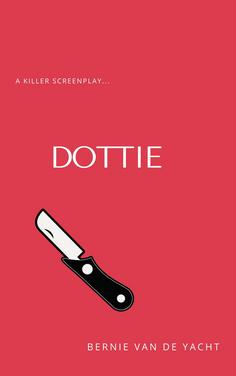 
Sixty-something socialite, Dottie Camden, was so disappointed that her only daughter, Amy, couldn’t make it home for her birthday, that she went on a powerwalk and slit the throat of an unsuspecting jogger.  She felt better momentarily, but then she found out that her husband of nearly fifty years, Harold, had Alzheimer’s. What does Dottie do? She gives him a revolver and tells him to kill himself. After all, that’s what he told her he’d tell her if the tables were turned.  So, Harold blows his brains out.

Now, Amy has a reason to come home, and Dottie couldn’t be happier. She loves Amy more than life itself. She would kill for her. Literally. The problem is, Amy can’t stand her mother, or the upper-class lifestyle she fled from to become a successful trial lawyer in San Francisco.

Things take a turn when, Gio, Dottie’s housekeeper and former lover (now scorned), goes to the police with a little recording she made on her phone—of Dottie telling Harold to off himself. This, of course, is a crime in California, since Dottie holds no medical license to do so. Plus, it’s kind of mean.

Amy hates her mother even more because she’s the reason her father is dead. But, hold up! There are two sides to every story, and now Dottie must divulge some very ugly family secrets—most notably that Harold raped Dottie on their first “date,” and their marriage was all a sham. Dottie was forced into it by a religious zealot mother and Harold’s “old-money” parents who wouldn’t allow their DNA to be raised in poverty. Amy doesn’t believe Dottie. After all, she’s a lawyer and there’s no proof to back up her story. But, Dottie does have a witness, a high school friend, who says, “Yup, it all happened.”

Amy, having been hit with the fact that her father not only killed himself, but her mother goaded him into it because he was an awful man and a rapist to boot, must now defend her mother in court.

In the end, Amy is successful. Dottie is vindicated. And mother and daughter are closer than they’ve ever been.

That is, until Dottie, who hasn’t learned that you can’t just kill someone every time you’re aggrieved, makes the ultimate mistake by attempting to kill Sergeant Kelly, the father of Amy’s unborn baby and her future son-in-law. She must have Amy all to herself. Which, in the end, is not exactly how it plays out…

There’s a lot to admire in this script. Especially the characters of Amy and Dottie, a mother and daughter who can barely stand one another… and a mother who is an absolute killer. In many ways, this is their story. About their relationship. And how a child deals with a parent who has clearly done horrible things. The writing is strong, as I was never lost in the narrative, and I found the characters to be both interesting and unique. I also had no idea where the story was going, and that made the entire read feel fresh.

The craft is solid, with strong description and dialogue. There is a unique voice here for sure. The characters are solid, and the script has solid thematic depth.

STORY: The script follows the general beats of DOLORES CLAIBORNE.
VOICE: There are some darkly funny moments. Some of the description is killer (the last line).
CHARACTERS: Dottie would make a great lead in a black comedy. Amy is nicely-written.
MEANING & MAGIC: The past impacts the present here. The script handles this by flashing back intermittently, an effective choice. I like the concept of older woman as unlikely murderer.

This deliciously irreverent script puts the “dark” in dark comedy in such a way that it almost makes us question the genre category, but this script is too sharp-witted to be a mere crime drama. Dottie is a complex protagonist and we may not always like her, but we do come to understand her.

The sardonic juxtaposition of Dottie’s murderous impulses with her affluent lifestyle is humorously jarring, as is the icy way in which she urges Harold to commit suicide. Her disgust that he ignored her instructions and left a mess personifies her demeanor, and the surprises just keep coming as maid Gio admits to an affair with Harold. We wonder if the way in which Dottie carefully orchestrated Harold’s death was just a clever ploy to get estranged daughter Amy back into her life, and to some extent this is probably the case, but exposing Harold’s vicious nature through a flashback in which he rapes and impregnates Dottie is unexpected and elicits sympathy for the murderous matriarch. The ensuing way in which she works out her frustration (by killing men who resemble Harold) would almost be amusing if we weren’t talking about murder. It is interesting to watch her mend her relationship with Amy, who conveniently happens to be a lawyer and is able to represent her mother when Gio steps forward with evidence that Dottie was behind Harold’s suicide. The subplot involving Amy and police officer/former flame Chip is integrated effectively and reflects Dottie’s troubled past.

The sharp satiric narrative and crisp clever dialogue helps keep the action moving forward at a consistent pace. There is just the right amount of sophisticated humor that underscores the action to keep it from devolving into an ordinary crime drama. Dark comedy is a notoriously tricky genre, but this script handles the requirements with a deft hand.

When there’s a villain you can truly have empathy for, that’s indicative of writing that is emotionally gripping. The antagonist in this story is able to have your head spinning as you wonder who’s to blame for the evil deeds that lead to the trial of the century. With a focus on the notion that there’s three sides to every story, a shattered mind gets to get into your head and pull you over to her side.

Dottie is a character that you’d love to hate. Her story is a tragic tale that paints her as a callous victim that has you questioning the threshold of right and wrong.

This was a clear story that moved along and that was interesting to a degree. The pages turned easily and I always wanted to see what was going to happen next.

The crafting of the script was above average. The dialogue was pretty strong throughout. Especially Dottie’s dialogue was sharp and really funny at times. The scene description was written well and used well. The scenes were well put together and always pushed the story forward.

DOTTIE is a dark look at an atypical sociopath that has the potential to attract a cult following, though it’s unlikely to be a major box office blockbuster. That does not seem to be the film’s intent, however, and it’s the type of movie that could find a home on the indie/festival circuit - or on streaming. Plus, its scope keeps the budget here relatively modest, which could help attract producers and investors. There’s also a very strong role in Dottie that could appeal to an actress looking perhaps break the mold and sink their teeth into a more deranged individual. Regardless of this script’s commercial prospects, it’s a well-written effort that should serve as a strong writing sample.