Asher was born in Anchorage Alaska in 1996. His family relocated to Upstate New York when he was a few months old. Growing up in Saratoga County New York, Asher was encouraged to explore art by his family from a young age and he was naturally talented. He has worked extensively in most artistic media including illustration, painting, ceramics, metalwork, glassblowing, 3D modeling/printing, computer graphics, film and video, screenplay, music, performance art and interactive media. After high school, Asher applied to art schools and some films schools but ultimately made the decision to leave New York and go to Los Angeles to study experimental animation at CalArts. Now, it has been a year since Asher graduated from CalArts with an even sharper ability to wield his arsenal of creative skills. His creative vision is to eventually lead his own trail-blazing and innovative production company. He works side-by-side with ProADR Looping & Voice Casting partners to help produce outstanding voice over reels. 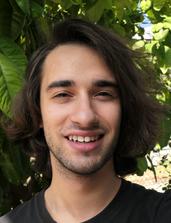 Takalay is a music producer, sound engineer, and actor based in Los Angeles, CA. He recently graduated from California Institute of The Arts with a BFA in acting and a focus in recording and sound production. Takalay grew up in Flagstaff, AZ where he cultivated his passion for music and theatrical arts throughout his life. He now works as a freelancer in sound editing for voice-over production and actively pursues his acting career. 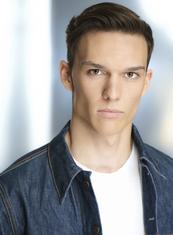