"Bernie and ML, I appreciate so much the time and energy you put into our looping session on Cesar Chavez! You arrived with a great cast of talented and energetic voice professionals and contributed greatly to the film!" 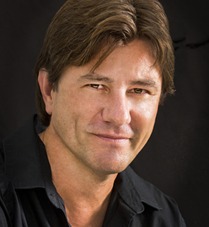 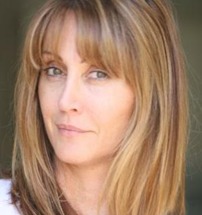 Mary Louise (ML) was born and raised in the Pacific Northwest. At a young age, she trained with The Lee Strasberg Institute and with Stella Adler in her invitation-only Master Class. In 1984 she was selected to participate in the inaugural year of the Vassar Powerhouse Theatre Program in conjunction with The New York Stage and Film Company, working with preeminent talent in American theater (Max Mayer, Mary McDonnell, Randel Mell, John Patrick Shanley, Jon Robin Baitz, Richard Nelson and Mark Linn-Baker). Notable performances include Ondine with Eric Gimpel and Gerald Chapman's epic production of Spring Awakening, where she played Frau Gabor opposite of  David Strathairn. At Vassar, she was invited to join The New York Stage and Film Company and performed Off-Broadway in Richard Nelson's The Return of Pinocchio, directed by Max Mayer (production included Rob Morrow, Jayne Atkinson, Joe Urla, Dan Moran and Marylouise Burke). Soon after she was invited by Libby Appel to attend California Institute of the Arts (CalArts) and offered a full talent scholarship, and was one of a handful students in the school's history to be offered her BA/MFA in three years.  She has performed in numerous theatrical productions from Off-Broadway to regional theater in New York, Los Angeles, Seattle and New Mexico. Receiving critical acclaim for her portrayal as Georgia O'Keeffe, in the West Coast Premiere of Alfred Stieglitz Loves O'Keeffe at CCRT, opposite of the late Robert Symonds, as well as for her performance as Anna in New Mexico Repertory's production of Burn This. Her voice-over career began in the early 80's when she was asked to record a local voice-over spot for a prominent New York realtor. Since then she has looped productions in North America and Europe and voiced hundreds of media productions spanning from films, video games, animation, commercials, audio books, art installments and the daily Dow Jones for Charles Schwab. A gift for dialects, her Anne Sulivan's Irish/Bostonian, in Nest Entertainment's Hellen Keller with E.G. Daily, earned multiple awards and endorsements. She lived abroad in Hamburg, Germany for four years working professionally as a writer, actress, and an ideator for a global new media company. Inspired by her first writing mentors Jon Robin Baitz and John Patrick Shanley, who encouraged her to launch her first play at Vassar's Matthew's Mug, she worked as a ghostwriter on several feature films and one television pilot for producers in Los Angeles and Berlin. Her professional writing credit ranges from SAT1's prime time drama television series, Alpha Team, a faith baseball movie for Intrigue Films and Pure Flix Entertainment, One Hit From Home, and three video games for Activision, Konami and Backbone Entertainment. Her teen science fiction drama, Sci-Fi High, was recently optioned by Intrigue Films. While running ProADR Looping she enjoys spending time with her family, writing, producing independent films and golfing. Her company, Writers Ascending, has shepherded many writers into first-time published authors.

Originally from Green Bay, Wisconsin, Bernie Van De Yacht is the youngest of 13 children. He earned a BA in Psychology and Theatre from The University of Wisconsin-Eau Claire and a MFA from California Institute of the Arts (CalArts). After graduation, Bernie began working at an animation studio while he pursued his acting career. During that time, he was spotted by one of the artists and asked to pose for the character of Prince Derek in The Swan Princess. This opportunity allowed him to promote the movie all over the country, travel to the Cannes Film Festival, appear on a float in the Macy’s Thanksgiving Day parade, and even have a doll made in his likeness. During this time, Bernie did theatre in and around the Los Angeles area. He eventually became an animation casting director and has been casting films for over twenty years including The King and I, Trumpet of the Swan, Alpha and Omega, all the Swan Princess sequels, Happily N’ever After II, Ribbit and Norm of the North.  He has cast for Crest Animation, Morgan Creek, Warner Bros., Columbia/Tri-Star, Sony and Lionsgate. Recently he has branched into live action features, casting Blackjacks, Five Souls, The Speak and No Tell Motel. He is a proud member of the Casting Society of America (CSA) and was nominated for an Artios award for casting the animated feature film, Alpha and Omega. He is also a screenwriter and director. In 2004, he directed a short film called, There’s Something About Meryl, which was the Official Selection at many film festivals around the country. He directed his first full-length feature film, Salvation USA, from his original screenplay, which won multiple awards on the film festival circuit and is now available on VOD.  Also, an author, his debut novel, A Man Walks Into A Hardware Store, is available on Amazon.com where its received over 70 plus 5-star reviews. In addition, he is prepping his next feature, Midwest Farmers’ Daughters, once again based on his original screenplay. He and his wife have been married for twenty-two years and are the proud parents of two teenaged sons.